The Great Seven Sages of India

When Lord Brahma decided to create our universe, he created seven sages out of his thoughts they were called as Saptha Rishi or Manasa Putra (created out of mental thoughts).

They completely dedicated themselves to the pursuit of inner bless & divine light. They are known as "seers" as they are said to possess perfect knowledge about the past, present & future of humanity. 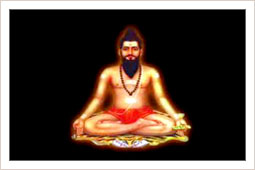 Bhrigu or Bhrugu deliberately stepped on Brahma, Shiva and Vishnu to test the greatness of each God. Brahma and Shiva were furious but Vishnu treated the Sage with respect and declared the greatest. His descendants are supposed to have composed the Atharva Veda.

Angira alongwith Sage Atharvan is said to have composed Atharva Veda. He is also mentioned in the other Vedas.

He is credited to have created mantras. Godavari River was formed after he prayed to Lord Shiva. Shiva descended to Tryambakeshvar and this gave rise to the river Godavari. He is said to be the creator of Dharma Sutras that contain the rules for the four Ashramas, the forty Samskaras, the four Varnas, kingly duties, the punishments for various offences, etc.

He was chief of Saptarishis and the Rajaguru of the Suryavamsha (Solar Dynasty). Vasishtha is said to be the chief author of seventh Mandala (Chapter) of the Rigveda. He also wrote the "Vasishtha Samhita" - a book on Muhurtha/Muhurt that forms the basis of electional astrology.

He is said to one of the greatest of all Sapta Rishis. He is credited with spreading the vedic religion to South India and creating the Tamil language. He married Lopamudra, the human daughter of Brahma.

The Power of Sages:

Eight mystic powers are mentioned that powerful yogis can achieve:

1. Abuna-siddhi अणिमा refers to the power by which one can become so small as to be able to enter into a stone.

2. The power गरिमाto become so light that one can float in the air or on the water.

3. Laghima लघिमा is the mystic power to travel to the sum using solar rays.

4. Prapti प्राप्ती is the power to extend one's hand wherever one wants and to hold anything you want. For example, to touch the moon with your finger. One can be situated thousands of kilometers away from a place, and still be able to pick a fruit from a garden thousands kilometer away and bring it back.

5. Isita ईशिता is the power to create or destroy a planet, just by desiring it.

6. Vasita वशिता is the power by which one can bring anyone under your control. This is a kind of hypnotism that is almost irresistible.

7. Prekamya प्रकाम्य (magic): With this power one can acquire whatever one wants. For example, by one's will power one can make water enter into one's eye ball, and then make it come out again.

8. Kamavasayita कामवासयिता one can break the laws of nature, thereby achieving the seemingly impossible.